Goldruls It's All Greek To Me

Eros is a breeder judge dog and has been recognized by some of the best!

Eros is awarded Back to Back Grp 1 (Best In Show - Mile High Sporting Dog Specialty) as well as another BISS! 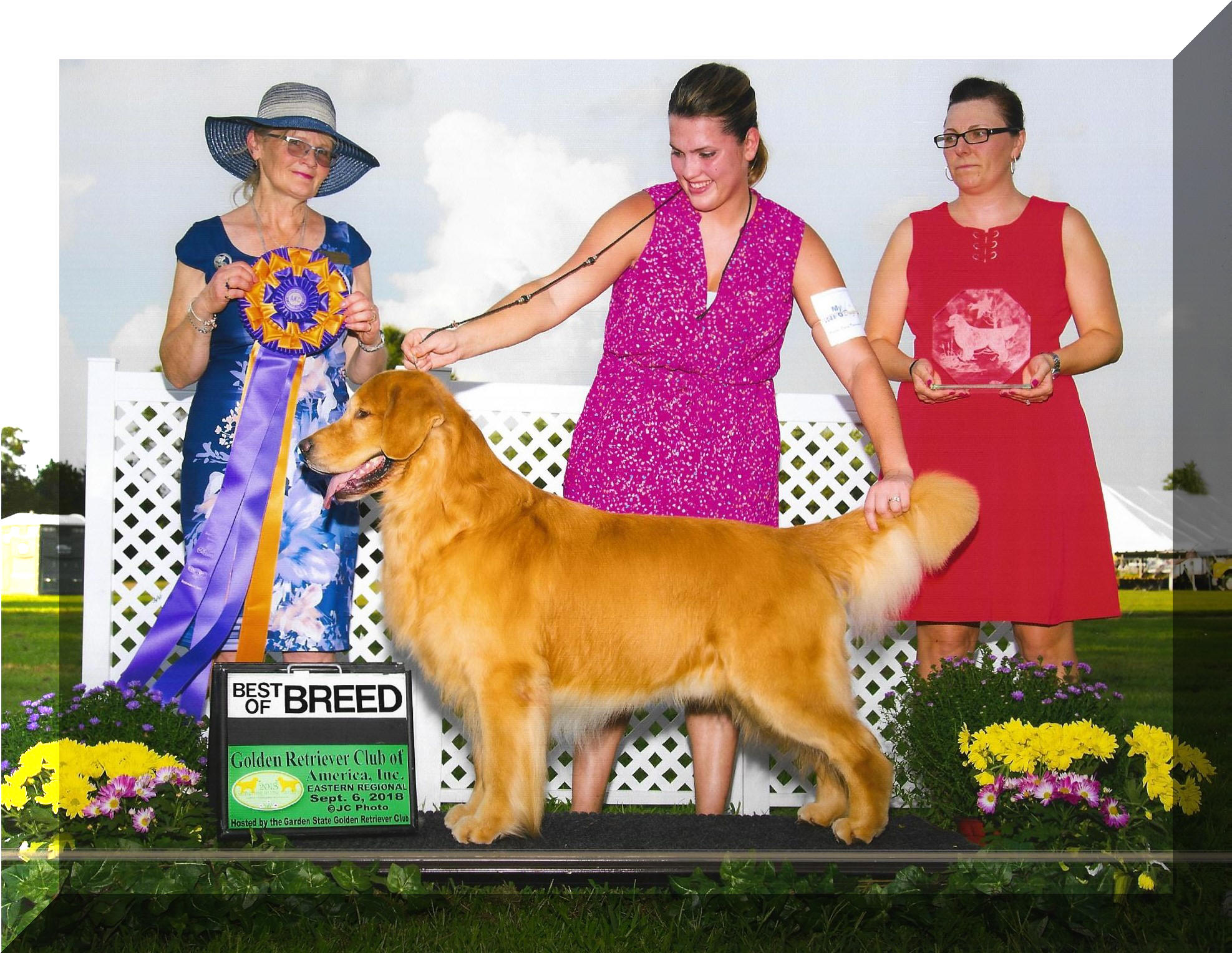 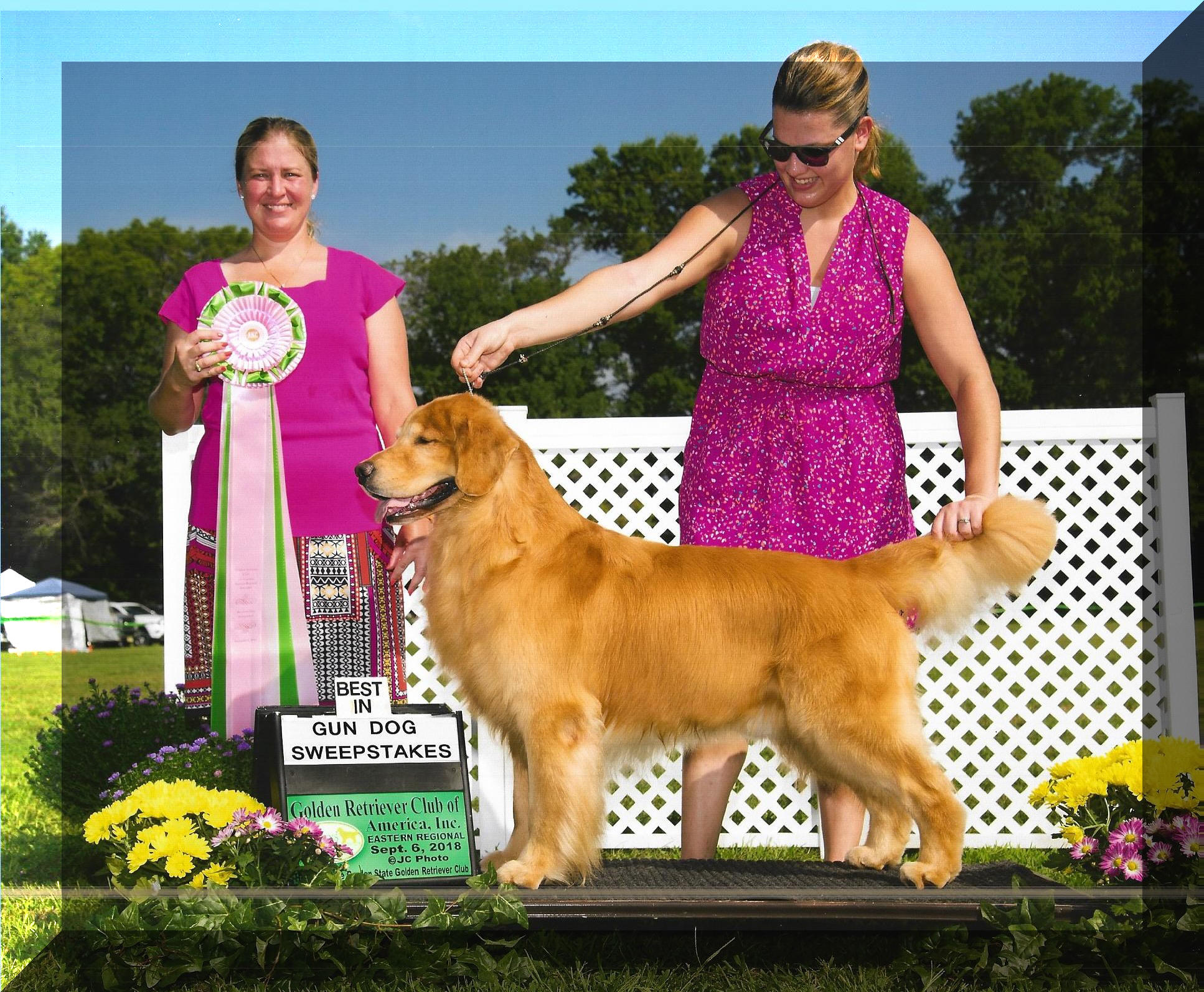 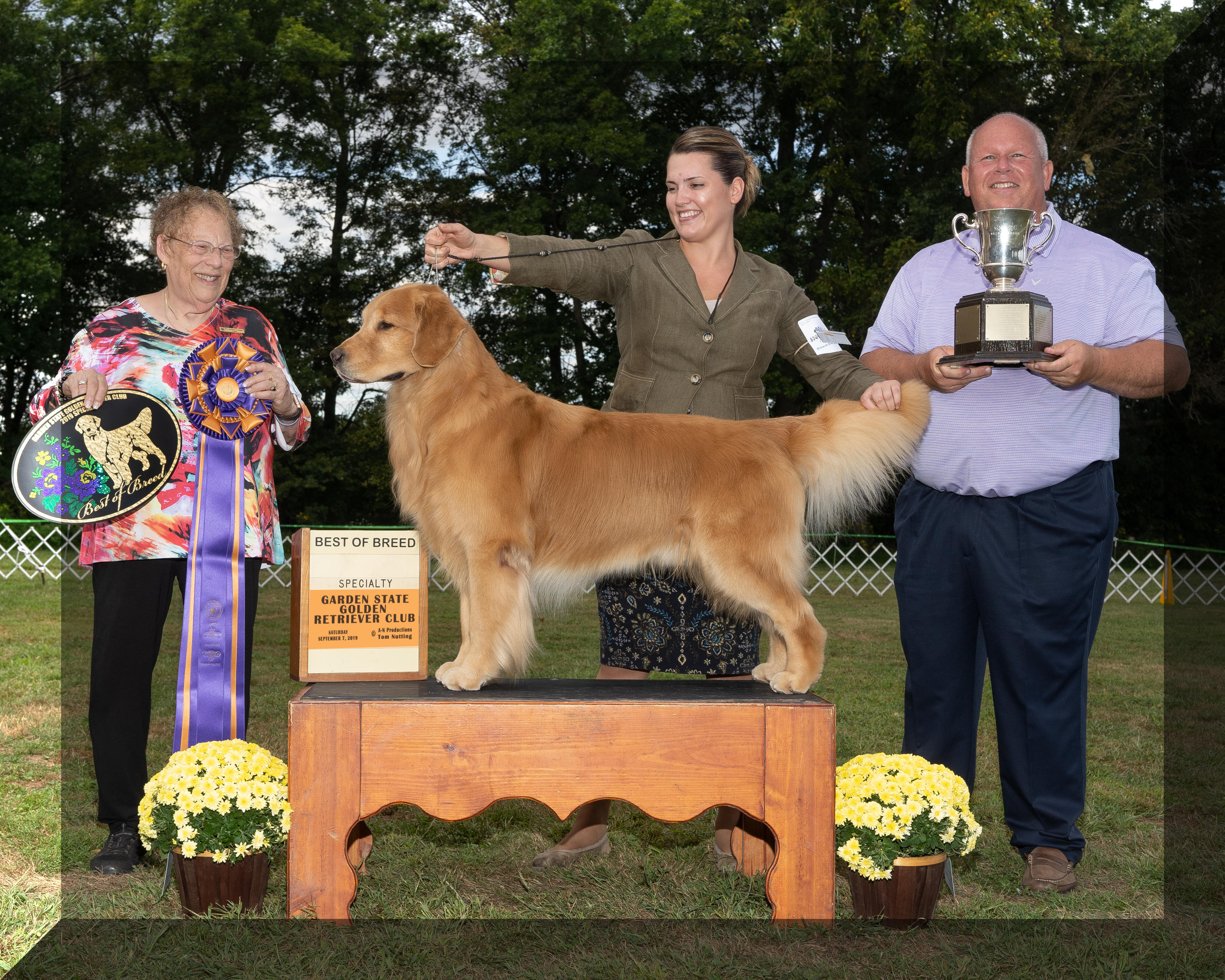 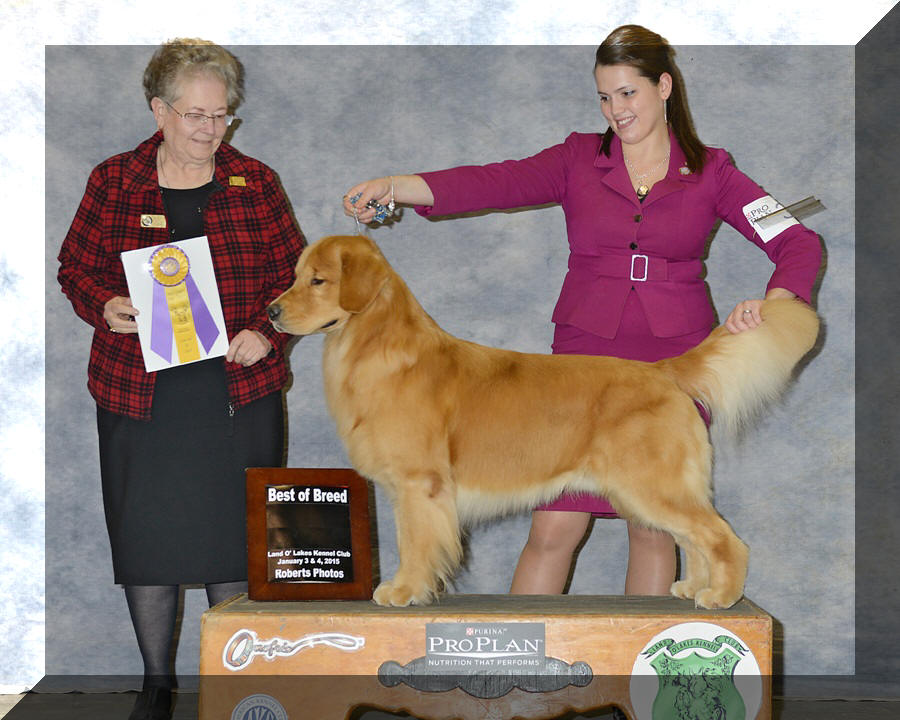 Eros is the lovely result of a carefully planned breeding using frozen semen.

Eros (Greek God of love) has large paws to fill in the footsteps of his sire, Gunner!

Gunner has a pedigree that a breeder can only dream about, every golden in his

3 generation pedigree is an outstanding producer and top dogs of their time!

My dream for Eros is for him to grow into his potential and become a Top Twenty Golden!

So far, Eros is living up to all of my hopes and dreams!  1 week after he turns 2 years old he steps into the open dog ring at the 2014 GRCA National Specialty with his new handler, Maddie Peterson.  They go on to win a large open class and then on to Reserve WD for his 1st major!  He also wins BOS in Gun Dog Sweeps with Maddie by his side.  The following 2 weekends of shows are very exciting as Maddie and Eros burn up the ring and he finishes with a 4 pt. major at Columbus shows on 11/15/14!!  This also qualified him for his Versatility Certificate from the GRCA!  Look for Maddie and Eros at Eukanuba and the Garden in 2015!

Eros wins 1st judges AOM his first time at Westminster!  Also BOB at LIGRC specialty on 2/14/15, his first specialty win!  Follows up with another specialty BOB at AGRC in March/2015.

Eros is closing in on his SDHF title, with several nice Grp 1 placements this spring!

Eros earns his Show Dog Hall of Fame in style by winning the Dallas Golden Specialty!

He is currently Number 5 Golden in breed in USA!

Eros finishes his Outstanding Sire designation in style from multiple venues!  Check out his kids page!

Click here to see pictures of some of Eros' puppies! 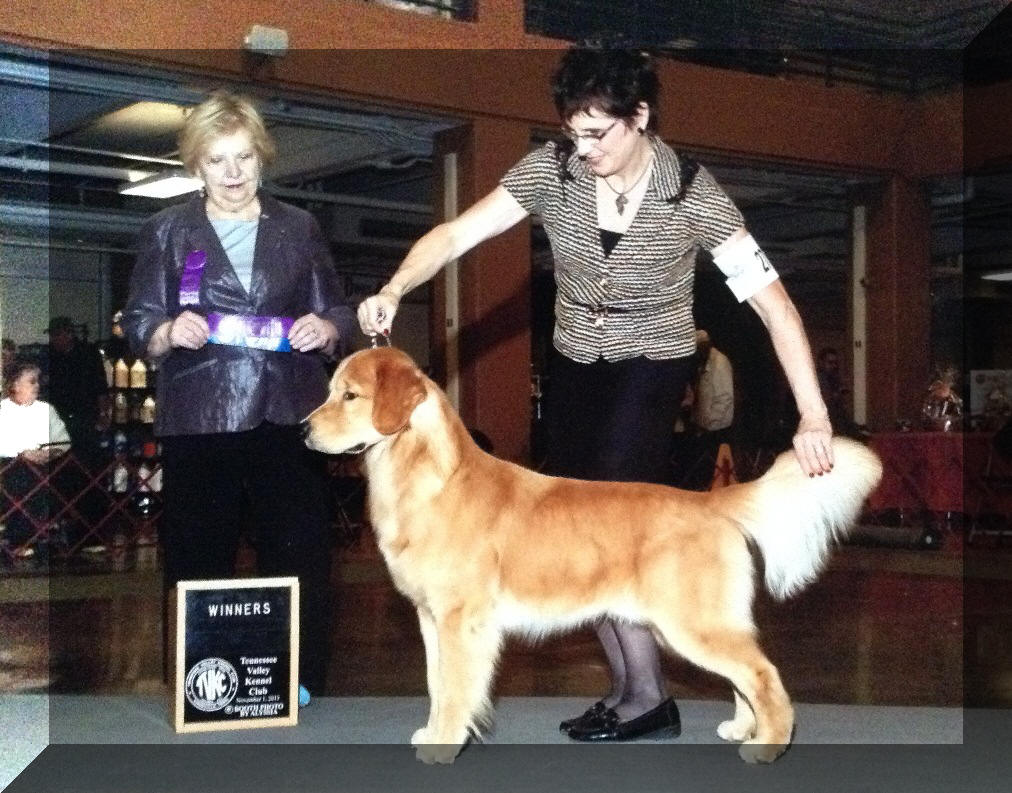 Eros earns his first point from the 6-9 class his first weekend in the ring! 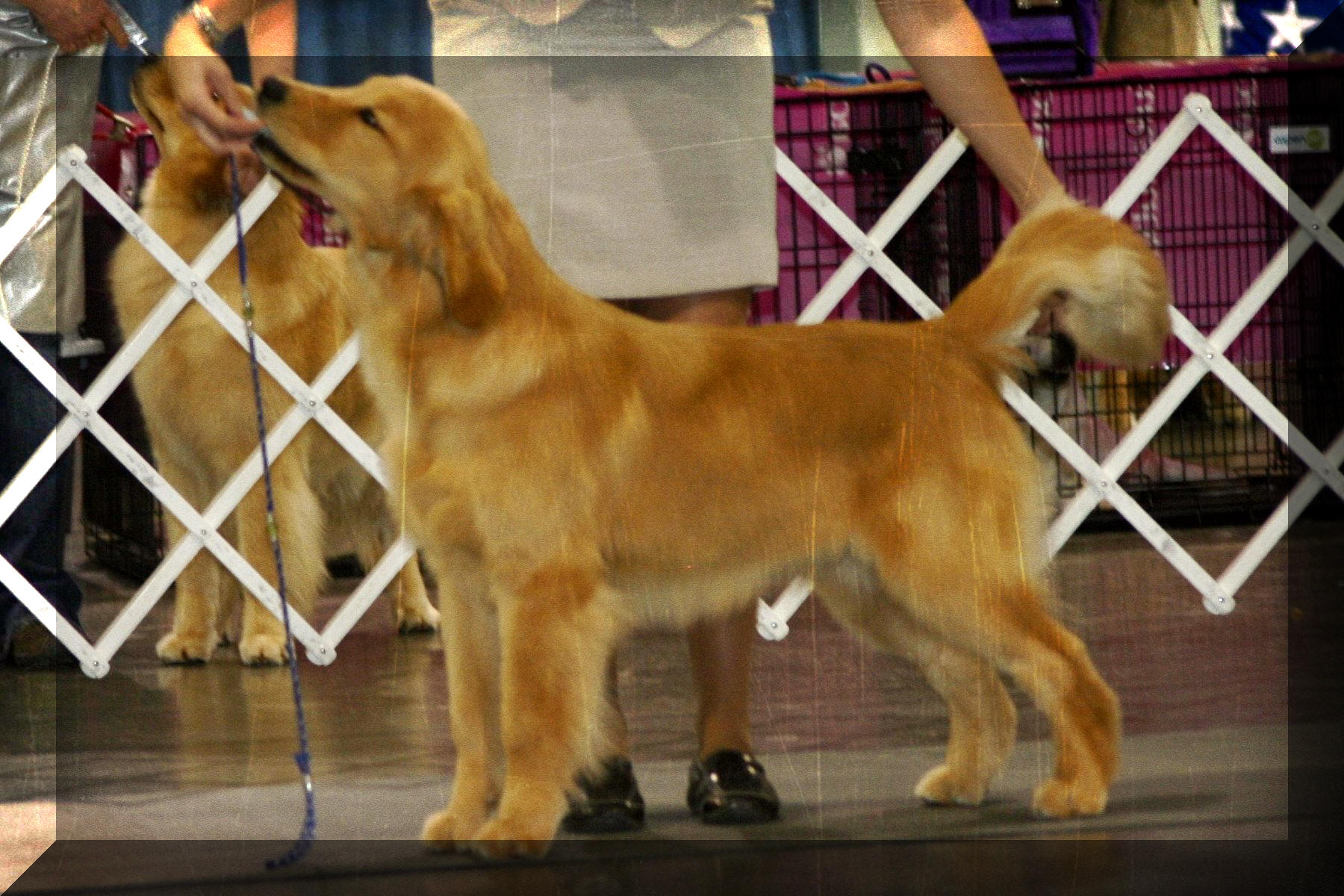